This week I will be looking at image segmentation and how it can be used to divide up an image into layers such that each segment can be properly upscaled individually.  This can be useful as it can allow for better edge retention after upscaling.

According to the paper, J. Shi and J. Malik proposed and analyzed the Normalized Cuts and Image Segmentation problem and trying to generate a general solution to this particular type of problems. This problem was brought up by Wertheimer around 85 years ago based on Graphic Theory, and is concerned with partitioning an image into multiple regions according to some homogeneity criterion.
As for this algorithm, it breaks down the targeted graph into a set of nodes, and each smallest unit of the graph, pixel, is regarded as the node of the graph. In addition, it regards the segmentation as graph partitioning problem. The algorithm measures both the total dissimilarity between the different groups as well as the total similarity within the groups. Thus, if we treat the problem in this manner, it will be transformed into a problem which requires solving the generalized eigenvalue.

Jianbo Shi and Jitendra Malik aim to extract global impressions of an image such as coherence of brightness, color and texture.  They approached the problem as a graph segmentation problem such that each segmented part will have one “global impression” attached to it, making all neighboring segmented parts different (bright vs dark segment).

In order to do this they had to consider existing algorithms used in graph theory to segment data based on minimizing certain parameters.  Such cuts are known as minimum cuts. These are cuts defined and computed based upon the minimum sum of weights of edges that have been removed.

However as observed by Leahy and Wu, this method of partitioning based upon weightings on the edge cuts favors segmenting the graph into small sets of isolated nodes.  Contrary to this, Shi and Malik want to segment based on higher level traits which are “in general” larger segments. Thus they had to reformulate and define the cut equation to factor in these things.

The general idea behind the new formulation is that the decision to cut will be weighted as a cost based upon a node’s connections to other nodes.  This weighting will ensure that small section cuts will have a very high “normalized cut value” (recalling that small cut values are more desired) because we are cutting off a high percentage of all the nodes that were once connected to it.  Below is the definition of Ncut.

Defining the normalized association as follows will show

Combining the two above equations we obtain.

This shows that minimizing disassociation (minimizing Ncut) and maximizing association (maximizing Nassoc) are related and thus can be interchangeably used to to define cuts.
Although not discussed in this introduction the derivation and expansion of these algorithms will show an efficient way of segmenting images to produce separate images with individual properties.  Such as segmenting the individual sides of this cube.

However, after the overall analysis, if we look back to this algorithm, the major issue would be the computation consumption.  In particular, the calculation of eigenvectors and weight matrix required a lot of time (using the traditional method O(n^3)), therefore, it makes this algorithm impractical when it comes to large images, and define the least possible node into a single pixel. Even though, efficiency can be dramatically improved by applying the normalized cut theorem (O(mn)) by solving it in a matrix-free fashion. However, as long as the resolution of the image goes higher, the computation is always ill-conditioned, which makes the complexity much higher.

When it comes to general applications, it would be easy for the program to overflow the buffer register provided by the low-end chipsets. As it requires a lot of construction sets, it would be impossible for them to perform in a real-time manner.
Nowadays, as the computation power goes higher, it enables the possibility for us to do it in a real time manner in higher level language and with higher level chipsets.

Knowing the concept of the normalized cut we can now understand the algorithm.  The algorithm is generalized as follows.

In order to calculate all the normalized cuts necessary we will need to solve the following equation.

In this equation there are several variables to define.

Solving the above for real values of y means we need to solve the following eigenvalue system.

By solving this we obtain two important things, the eigenvalues, and eigenvectors of the system.  Because of the Rayleigh quotient we know that given a symmetric matrix the minimum value of an eigenvalue matrix is the second eigenvalue.

Going through the computation and linear algebra we obtain:

The second smallest eigenvalue. Where z is defined as.

In the calculation of the weights the Gaussian function is used.  Shi and Malik found that this function (given selected scaling factors) is a good representation of the weight on each edge.  The reason for choosing this is that the function is really good for representing singularities such as edges and sharp changes in contrast.  In this implementation the weight represents the difference in brightness between two pixels.  The closer the difference between the brightness, the more likely these two pixels are part of the same segment.  The larger the difference between the brightness of two pixels, the less likely they are part of the same segment  This results in the following equation for calculating the weights.

Here the variables in the equation are defined as follows

The implementation in Matlab is incredibly inefficient in its current state.  After investigating  Shi and Malik’s C implementation of the algorithm, we believe this is due to incredibly memory intensive computation in Ncuts.m.  There should be a way to circumvent the 8-9 gigabyte ram requirement by setting a second condition when checking whether we have reached the end of our recursion.  Namely, we need to set a minimum area.  This is more efficient than performing an Ncut computation and thus will be much faster to implement.  However, we are not sure what area size to pick and as such the an exact solution escapes us.  Below is an example of the algorithm with a run time of ~2minutes.

This algorithm developed by Shi and Malik is simple and ingenious.  It takes a traditional concept of the graph cuts and extends it so that instead of mathematically optimizing cuts, we take normalized cuts which depending on the feature vector used can be adapted to calculate cuts based on perceptual grouping through their idea of normalized cuts.  By solving a generalized eigenvalue system for a real valued solution, previously deemed impossible.

In conclusion, we believe after thoroughly reading the paper and implementing a rudimentary version of the algorithm we have gained a strong understanding of image segmentation and how it can be used to segment images based on parameters relating to human perception.

This post is based on the paper written by GILAD FREEDMAN and RAANAN FATTAL at the Hebrew University of Jerusalem.  I will be trying to analyze and provide an overview and hopefully provide a complete understanding about how their image upscaling algorithm works.

Freedman and Fattal’s upscaling algorithm is based on the idea that in a certain group of pixels, other nearby pixels will present a similarity.  Using this idea, their algorithm will be able gather example data and produce an educated interpolation based upon this.  Hence the title of the paper “Local Self Examples”.  They contrasted their algorithm with global searches and database searches and showed that their algorithm is almost an order faster than many others because there is no need to expand the search to a significantly larger search radius.

It is relevant to note that due to the small size of the search area, using large upscaling factors will be detrimental and produce undesired results.  In order to scale to a larger factor one must run the algorithm multiple times.

In addition to this they are using the YCbCr color scheme as it has proven to be faster than the RGB color scheme.  This is because they only had to modify the Y component instead of all three of the RGB components.

The idea here is that the source image has the most similarities in it because that is the picture you’re trying to process.  Thus compared to external databases with high resolution images (but not your exact image) it is easy to see why similarities are much more prevalent.

That begs the question what similarities are we using to predict for interpolation?  One of the largest problems with image upscaling is retaining the sharpness of edges in images . 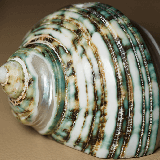 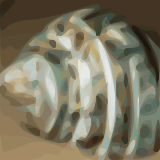 Thus it would only be natural to use these edges of the source image as patches of “similarity”.  In addition because they come from the same source image, Freedman and Fattal call this local self-similarity.

However, these patches are only several pixels wide.  Quoting their experimental results, using patches of 5×5 pixels with search area 10×10 pixels (Local) and 20×20 pixels (Local 2) they show that on scale with error versus time required to process (noting small scaling factor of 5(upscaled):4(source)) that their algorithm is much superior. 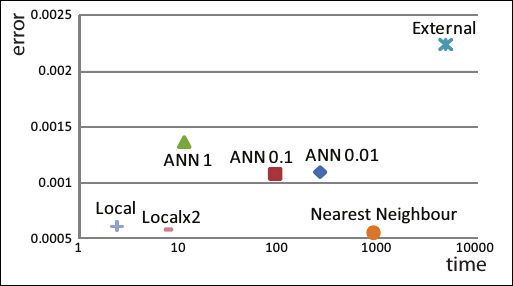 The algorithm can be defined in the following steps. Given input image

. Operators for upsampling and downsampling are given using the non-dyadic filters design by Freedman and Fattal.

Dyadic filters as explained here in terms of image upscaling will upscale by 2.  Thus when it comes to Freedman and Fattal’s filters which use a modified wavelet transform we see scaling factors other than two.

Freedman and Fattal use a N+1:N scaling ratio (5 pixels in upscaled 4 pixels in source).  This works under the assumption that within a N+1 period of pixels, the picture is spatially invariant.  Otherwise shifting over a N+1 period we can expect variance in the pixels.

Knowing this Freedman and Fattal define their upsampling and downsampling schemes as follows.

Under the assumptions above, we can assume that these are biorthogonal filters which means they are invertible.   Ensuring that

I will update my understanding of this later.  For now the gist of the idea is that.  The nonlinear relation created by the biorthogonality condition is split into two linear portions in order to lower the complexity of the filter.  Part 1 satisfies the third condition of singularity preservation and the second part is to minimize power through Parsevel’s theorem.  The alpha term is to choose to prioritize either satisfying singularity or power minimization.  We choose whichever is the largest to minimize. 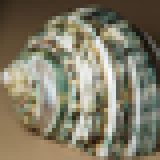 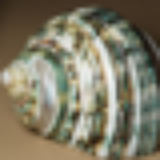 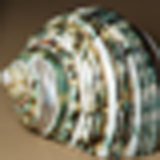